Why You Should Microchip Your Animals

This morning sucked. That’s the only way to put it. Around 6:30 am I was rousted from a sound sleep by a flash of light, followed by an earth-shaking boom. Then the power went out. When the power goes out around here, it’s followed by a whole lot of things beeping, loudly and insistently rather like those puppies you humans think are cute. All this beeping was followed by the sharp rattle of hail against the windows, the roar of wind, and the splatter of rain. I’m not going to lie: Teannie and I were hunkered down together under a desk. Once my minions arrived, I heard the world outside was even worse. Trees were down everywhere, and power was out. There was even discussion of a tornado.

Sure, we had a bit of a heads up from the weather folks that a line of thunderstorms was going to come through, but, heck, we live in Florida. That’s every day during the summer. I know Dr. Lacher had at least two trees down near fences and spent 30 minutes chainsawing her way out of the driveway. Luckily, all her outside fencelines were intact, but what if they hadn’t been?

With hurricanes we have agonizing days of watching it track towards us. Will it hit? Will it veer away? You have time to write your name on your horse’s side, braid ID tags into manes and tails, put leather halters on, and have a plan. I don’t know about you, but I was snoozing at 6:29 am, not figuring out how to save my butt if I got lost.

If only there was a way

To permanently identify a horse, that didn’t wash off, was always with them, and never needed to be charged or have its batteries changed. Ah but there is: the microchip. And yes, you’ve heard this from me before. That’s because microchips are a really good idea. Every horse, dog, cat, and family members you don’t want to lose should be microchipped, in my not-so-humble opinion.

Microchips are there 24/7/365. If there’s a sudden storm, the fence goes down, or someone leaves a gate open accidentally, the microchip is there ready to let law enforcement or veterinarians know who this horse is and how to contact you.

Is it difficult to microchip a horse?

Putting in a microchip is super easy. If you don’t believe me, watch this video. My Docs scrub a spot, put a dollop of novocaine under the skin, and inject the microchip.  The hardest part is filling out the paperwork. Even that’s not super-difficult. Pro tip from the cat: there are slots for four phone numbers. Pick one that belongs to someone who lives far away from you. This way if you get hit by a natural disaster, there’s still a working phone number rescuers can reach. For example, if you live in Newberry (like me), pick your friend in Atlanta. Both of those areas are unlikely to be hit by hurricanes at the same time.

Now you know how easy it is to keep your horse identifiable all the time. Next step is to call 352-472-1620, email, or live chat from the website with my minions to set up an appointment. Oh and be a good human: scroll down a little farther and subscribe to my blog! 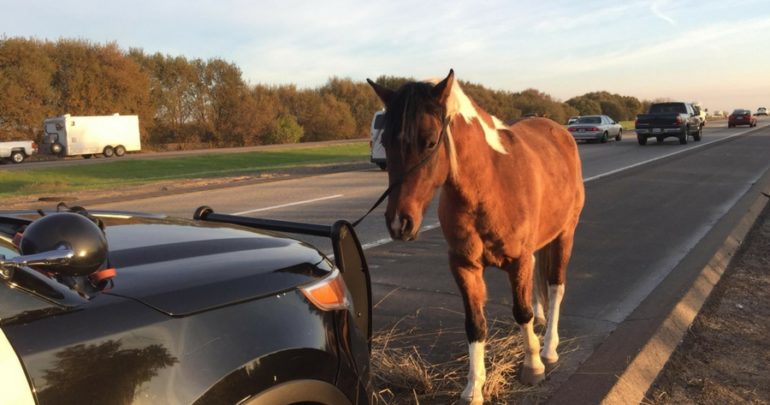 Search for a blog on any topic!